Where does "jovo3 deploy" get the default project ID from?

My build is still automatically uploading the intents file to the Alexa project I initially used for testing, rather than the project with a slightly different name that I used for production. I’ve done a quick dig through the files and docs looking for where that might be set and I’m not finding it.

I think this was actually a matter of configuring the ASK cli properly, but I’m not finding it there either, and the skillID arn: value in .ask\ask-states appears to be the correct one for the live skill.

Unless the two skills listed really are the same skill in some sense and I just need to say that I’m updating the production version rather than the dev version?

This will probably be obvious once I’m reminded of it…

The deploy command uses the value in .ask\ask-states.

Alexa doesn’t update live Skills automatically, but the dev version of it: 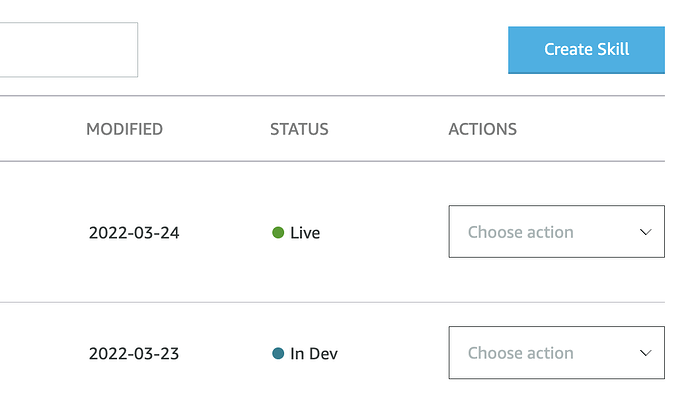 Thanks. I’d managed to confuse myself about how the promotion from “in dev” to “live” worked… (I have not lost my mind. I know exactly where it is: backed up on tape in Poughkeepsie.)